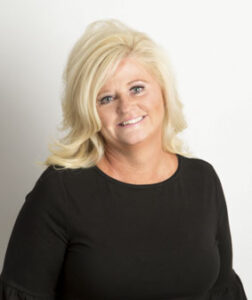 A few weeks ago our client had an opening for a diesel mechanic position we were trying to fill through our staffing division. We contacted nearly 800 potential candidates before finding one qualified, available worker. One.

I wish I could say this is an isolated incident, but it isn’t. It’s becoming the norm and it’s safe to say we’ve finally reached peak crisis. Qualified skilled machinists, mechanics, welders, electricians, plumbers and other trade workers are becoming so scarce that it’s time to sound the alarm.

Skilled trade and vocational jobs are in high demand as Baby Boomers are retiring and there aren’t enough new workers with the skills to take their place.

In 2017, 66 percent of skilled-trade workers* in the U.S. were 35 years and older, according to U.S. Bureau of Labor Statistics.

Manufacturers are projecting losses in the millions as boomers retire over the next few years.

Trade schools and high school training programs used to be a viable career option for students who didn’t want, or couldn’t afford to attend college, but in recent generations, the push toward college has had a detrimental impact on the availability of people looking to go into skilled trades.

But, just as training to become a welder or computer controlled machine operator isn’t for everyone, pursuing a college degree doesn’t fit every student’s skill set.

Skilled trades can provide a lucrative career path with a median income of $21 an hour and roughly $50,000 thousand annually. With the increasing demand for these workers, their job prospects will be very promising.

The future of the skilled labor market

There are more than 8,300 skilled trades job openings across various industries in Michigan, and more than 6,200 are expected to be available each year through 2022, according to Pure Michigan Talent Connect.

Policymakers, businesses and educational institutions need to work together to create programs that train workers in these key areas. Other states have invested in the increasing need for skilled trades by supporting initiatives such as the Georgia Quick Start program, Massachusetts Center for Manufacturing Technology and Ohio’s SuccessBound initiative, and it’s time for Michigan to do the same.

AccessPoint has teamed up with educators and manufacturers to establish job training programs, and help develop programs such as Vehicles for Change, which helps workers get to job sites, but we can’t do it alone. If we don’t start working together at a state level soon, Michigan will begin to suffer more shortages that will cause projects to take longer and cost more as supply and demand drive up labor costs.

*Skilled trades comprised of installation, maintenance, and repair occupations and construction and extraction occupations as defined by the US Bureau of Labor Statistics.