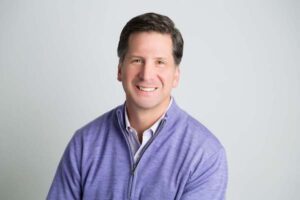 Crain’s Business Detroit provided us all with a look at some especially interesting stories and spotlight people from around Detroit. Stories of fleeing persecution and following dreams to a new land and how they found business success.  Our President & COO, Luis Perez, was one of those stories.

Luis’s parents left socialist Cuba in 1968 for south Florida. He grew into a college baseball player who made himself a player in the capitalist world of pro sports.

Perez, who was 4 at the time, remembers the trip to Florida to rejoin his father’s brother, who had left the nation years before in the time following Fidel Castro’s 1959 communist revolution.

“I have this sort of distant, blurry black-and-white memory of my mother telling me we were leaving, and not really knowing what that meant,” Perez said.

After leaving the Detroit Lions in 2015, Perez made the jump into a whole new industry, serving first as a consultant to and later president and COO of Farmington Hills-based Access Point, which provides human resources services to other employers.

Perez credits his father for the outlook that led to his success.

“My parents didn’t speak English. They couldn’t help me with my homework; they really couldn’t be sure if I had homework. But my father, he had a certain perspective where he viewed this country … it wasn’t lip service to him, he really believed it is the land of opportunity,” Perez said. “He believed we had the ability to do what we wanted to do, accomplish what we wanted to accomplish, because he had seen a country where its citizens hadn’t been afforded many of those things.”

Special Report: American Dreams
Entrepreneurs who came to America and made their dreams take flight
From all over the world, immigrant businesspeople keep reaching for the stars